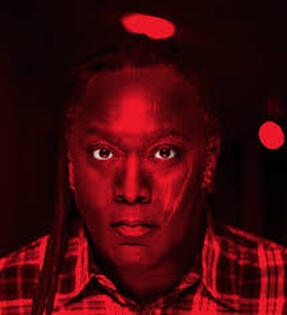 Seating on a 1st come first served basis. Over 18's

It's 5 years since Reginald D Hunter last graced Spain with his mirth and he did so with just a single totally sold out gig in Madrid's Teatro Alfil.
This return visit to Madrid comes as a result of a cancelled performance due to the riots in Barcelona in November but he was very eager to replace that gig so ComedyinSpain are delighted to have found new dates for the show to go ahead in not just Madrid but also Barcelona and Valencia.
One of the very biggest hitters on the British comedy scene we expect Sold Out signs to go up for this latest gig in the wonderful surrounds of Galileo Galilee
Anyone who has been to the sold out Dylan Moran and Daniel Sloss shows will know the value of the Reserved seating area so the recommendation is not to dally. They are onsale now!!
BUY REGINALD D HUNTER TICKETS NOW!!!
After twenty years of gifted storytelling and effortless dark humour, Reginald D Hunter is bringing his highly anticipated new show on a tour of Spain. Facing the Beast showcases Reg at his honest, controversial and hilarious best.

Reginald’s searingly honest material has garnered him a popular fan base that spans the generations. He is one of the few performers to have been nominated for the highly coveted main Perrier Award in three consecutive years.
His appearances on television have included Have I Got News For You, 8 Out Of 10 Cats Does Countdown and the hugely popular BBC2 series Reginald D Hunter’s Songs Of The South and its equally successful follow up Reginald D Hunter’s Songs Of The Border, both of which documented the growth of American popular song.
A bona fide master of Live comedy perforance!